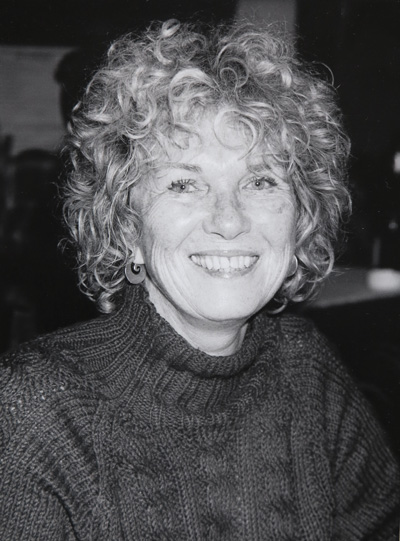 The ‘Joy of Learning’ has filled half a century of my life! Observing our thriving school today, I reflect on the journey that has brought me back to the first classroom that I opened in Paris over 40 years ago, which today welcomes our lower elementary students.

In 1963, in Larchmont, New York, while looking for a school for Leslie, my three-year-old daughter, I discovered the work of Dr. Maria Montessori. With two friends, both neurologists, I founded Larchmont Montessori School before moving to Washington, D.C. to undertake my own training in Montessori education.

In 1966, I received my AMI Diploma from Maria Montessori’s son, Dr. Mario Montessori. Soon afterwards, I founded Ivanhoe Montessori School in Arlington, Virginia, where my first students were the children of families working in the Pentagon. In 1969, with an interest in specialised training, I came to Paris to study Montessori for mentally and physically challenged children. 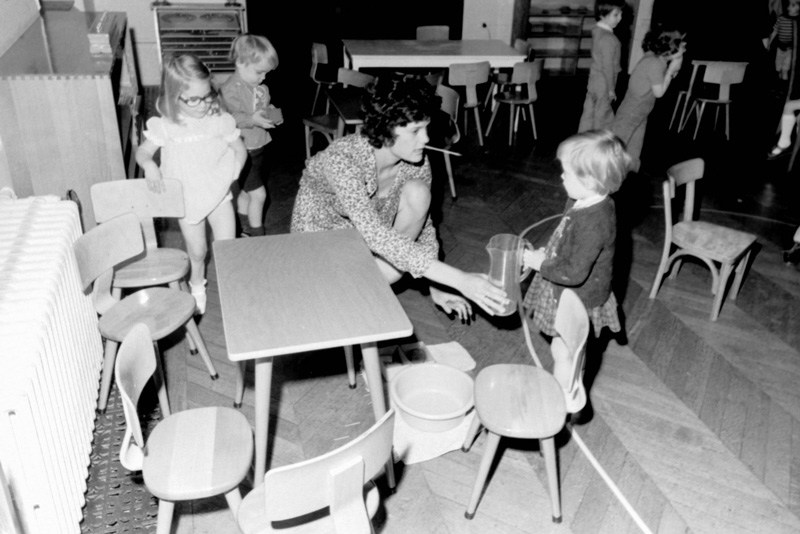 We grew to 40 students that year, a welcome confirmation that we were doing something right! My four children, and two grandchildren, have since been amongst the 180 children that we now welcome each year.

I founded this school in the belief that Dr. Montessori’s brilliant education is a timeless gift to offer a child. Fifty years have flown by and I have seen our school community evolve to include over 20 different nationalities, which highlights the relevance of our bilingual education. My message after all this time, however, remains the same: Discovering the joys of learning, and developing social and intellectual discipline, lay the foundation for a happy, productive life. Children develop an appreciation for the world through their education, while becoming responsible human beings and confident members of their communities.

We are still growing, and our future looks bright. 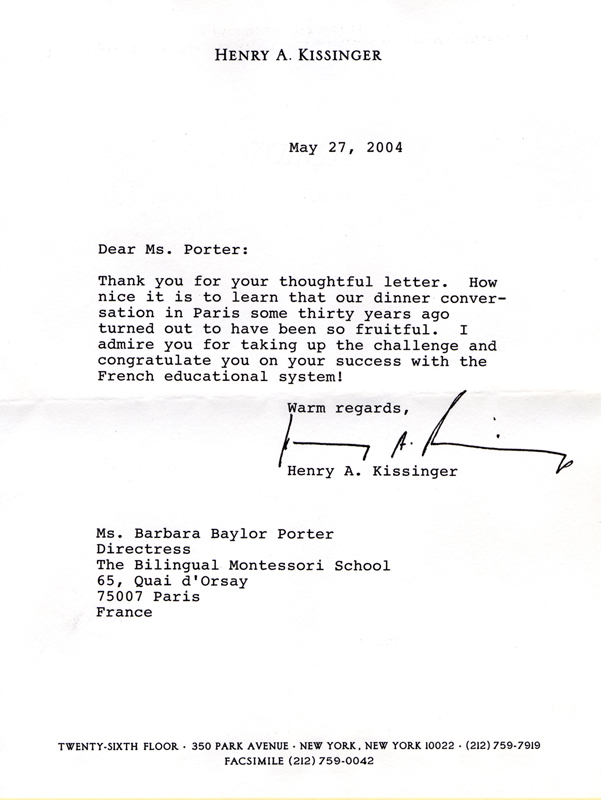 An impromptu dinner in the residence of American Ambassador Arthur K. Watson changed my life. My dinner partner, the U.S. Secretary of State, Dr. Henry Kissinger, asked me: “What are you doing in Paris, Barbara?” “I am a Montessori Directress”, I responded. “Well, you couldn’t find a more difficult country to do your work!”, he said.
Dr. Kissinger leaned across the table and said to Ambassador Watson: “Dick, I think you should help her.”